Like the other Corner Shop games, gameplay consists of working in shops with a chosen Tamagotchi partner. When players serve a certain number of customers, Princess Tamako will visit and upgrade the shop. The highest status a shop can upgrade to is the royal status. It contains all the same shops (excluding the two combination shops) and the same soundtrack as the original corner shop game. 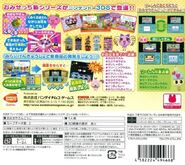 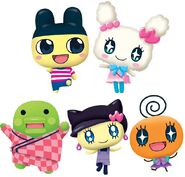 Five playable characters in the game. 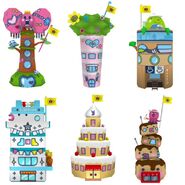 Various shops the player can work in.

Game title.
Add a photo to this gallery 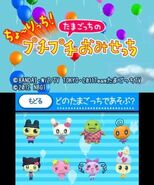 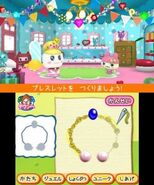 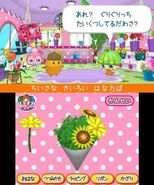 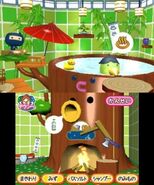 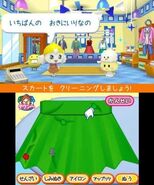 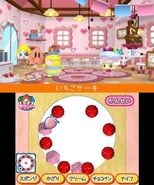 Add a photo to this gallery
Retrieved from "https://tamagotchi.fandom.com/wiki/Cho~ricchi!_Tamagotchi_no_Puchi_Puchi_Omisecchi?oldid=101276"
Community content is available under CC-BY-SA unless otherwise noted.