Female:
Kiraritchi (キラリっち Kiraritchi) is a female adult Tamagotchi character that debuted in the anime Tamagotchi! Yume Kira Dream. Her first virtual pet appearance was on the Tamagotchi P's in Japan, and the Tamagotchi Friends internationally.

Kirari (キラリ), from Kirakira (キラキラ), translates to shiny or sparkly. Kirari can also translate to an onomatopoeic word for "a momentary flash of light".

Kiraritchi resembles a cream-colored koala with fluffy ears. She wears a purple dress with a series of circles along the bottom, similar to Moriritchi's. Her stockings are mauve. She usually wears a blue hat that has white fluff around the edges, like an Eskimo hat. There are three beads on each of her ears and she wears a purple headband over her hat, with a pink star on it.

After attending Idol Academy, Kiraritchi's performing outfit consists of a turquoise shirt with orange pants and navy blue stockings. Instead of her fluffy blue hat, she wears a purple headband with dark blue bows that have green butterfly shapes on them.

Kiraritchi enjoys making her own sparkling Tamamori; she is a very energetic girl and dreams of becoming an idol (popstar). She likes to help her friends out by using her Yume Kira Bag, and when she is in disguise she keeps her true identity a secret.

Yumemitchi is her Tama-Friend and dance partner. While she does not think much of Yumecantchi, Yumemitchi always does. Kiraritchi loves the color blue, and the shape of a star.

She is a very deep sleeper, and she also moves and talks in her sleep. She has a fear of rollercoasters.

Kiraritchi is obtained from Nokobotchi with 0-2 care mistakes with the Style and/or Charisma traits.

Kiraritchi is obtained from any female teen with perfect care and the Active trait.

Kiraritchi is a downloadable character from the 4U app.

Kiraritchi appears on both editions of the Dream version as an NPC that can be befriended and married at Dream Town. Her favorite items are the Microphone and Smapi.

She works at Kirakira Tamamori in Dream Town, and goes to Dream School with Yumemitchi. She is in dance class and sometimes disappoints her teacher, Mr. Micchi. Furifuritchi also tends to criticize her skills. When the two girls receive the Yume Kira Bags, she helps Yumemitchi solve problems by transforming into an different things, such as an idol, a cheerleader, etc. It is shown that she can sing and dance very well when she is with Yumemitchi.

At the end of every episode of Yume Kira Dream, Kiraritchi shows a new Kirakira Tamamori page.

Later, Kiraritchi and Yumemitchi form a band called Kira Kira Girls. She plays the lead singer and guitar. Their purpose is to compete in a battle of the bands competition where she and Yumemitchi can finally perform in their first stage performance. The band would then later become a trend amongst the members and Kiraritchi has been a full member since. She, along with Yumemitchi, and Yumecantchi, were only two to know of Himespetchi's departure. The band played for a concert contest but they, neither their rival bands, had won, but they still had fun. Kiraritchi, Ymemitchi, and Yumecantchi got Himespetchi and Mametchi to spend one last moment together. Later after that, she and the gang waved a tearful goodbye to Himespetchi as she left for home planet. Later, they manage to get Coffretchi, a girl with just moved on the spot where Himespetchi was after she left, to be the new drummer.

Yumemitchi and Kiraritchi mastered their bags near the end of the Yume Kira Dream series. In "Thank You! Yume Kira Bag...Plus One", they had to return the bags, as well as Yumecantchi, to the Fortune Teller. In the next episode, "Toward the Dream with a Sparkling Heart!", Yumemitchi and Kiraritchi departed for Melody Land to train to become idols.

Yumemitchi and Kiraritchi appeared once in "Welcome Back Yume Kira! Revival ☆ Kira Kira Girls" where they played with the band together once again.

Kirairitchi, along with Yumemitchi, made a full comeback in GO-GO Tamagotchi!. Kiraritchi and Moriritchi enjoy working together to make Tamamori. In "Trying Out For the Band!", Nadeshikotchi, a fan of their band, inspired them to form the Kira Kira Girls again, in which they did so.

Kirari Hatter is an alternate form of Kiraritchi that appears on the Fantasy and Wonder Garden version of the Tamagotchi On. She is inspired by the Mad Hatter from Alice's Adventures in Wonderland.

Kiramotchi is Kiraritchi's little sister. She often causes trouble by painting over everything and everyone near her when she has graffiti fits. 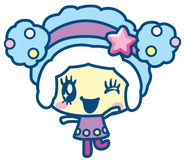 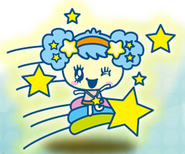 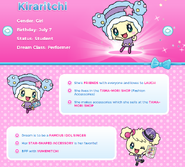 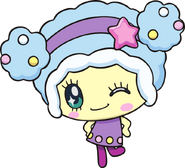 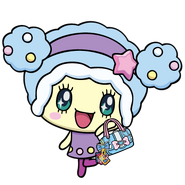 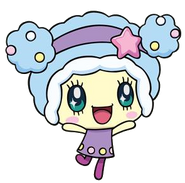 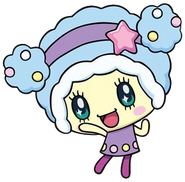 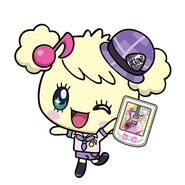 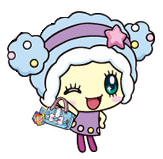 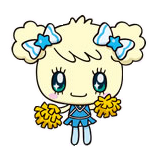 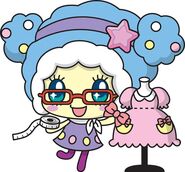 Kiraritchi as a fashion designer 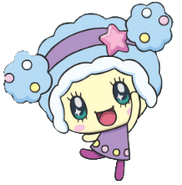 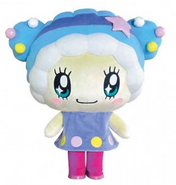 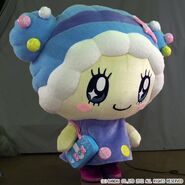