Not to be confused with Kuribotchi, the teen stage character.

Kuribotchi (くりぼっち Kuribotchi) is a child character who debuted on the Keitai Kaitsuu Tamagotchi Plus in Japan, and later the Tamagotchi Connection Version 2 worldwide. While Kuribotchi was originally defined with no gender, he was later defined as male.

Kuribotchi resembles a chestnut. He has a small, round body. He is mostly brown, but his lower body is a dim cream with black spots. He has brown cheeks and round black eyes.

Kuribotchi is usually idle and easygoing, but occasionally he has strong outbursts. In Tamagotchi Corner Shop 3, Marutchi mentions that Kuribotchi likes to wear spiky clothing at home.

Kuribotchi is a child character that appears in the second generation onwards, with the breeding of any adult with high Training.

Kuribotchi is a child character that appears in the second generation onwards, if its parents had over 50% training. It sleeps from 8PM to 9AM.

Kuribotchi is identical to his Keitai appearance, including the same method of obtaining him, although Violetchi is replaced with Ribotchi.

Kuribotchi appears as a male child in odd generations. He evolves from Kinotchi and may evolve into either YoungMametchi or Kikitchi.

Kuribotchi appears as a healthy child character, appearing from breeding two healthy adults and taking good care of the resulting baby. Its favorite food is cherry, and least favorite food is hamburger.

On the 20th Anniversary and Gift versions, Kuribotchi evolves from Petitchi if his happiness is at less than 10 units when he evolves. 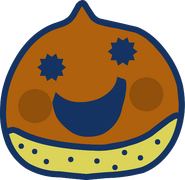 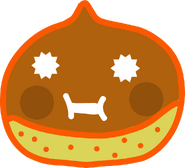 Aka Kuribotchi
Add a photo to this gallery
Retrieved from "https://tamagotchi.fandom.com/wiki/Kuribotchi_(Child)?oldid=98255"
Community content is available under CC-BY-SA unless otherwise noted.