Female:
Pianitchi (ピアニっち Pianitchi) is a female adult character that debuted in Tamagotchi! Yume Kira Dream. On the virtual pets, she debuted on the Tamagotchi P's Melody Land ver. Tama Deco Pierce in Japan and on the Tamagotchi Friends internationally.

Piani (ピアニ) is short for the word pianist (ピアニスト), referencing her use of her Smapi.

On the other hand, "Piani" can also be a corruption of "Piano" (ピアノ) and "Pianissimo" (ピアニシモ), a kind of the force of music which is a contrast of "Forte" (フォルテ) and "Fortissimo" (フォルティッシモ).

Pianitchi is white with a curly lock of hair down each side of her head. She also has one curl on her forehead. She wears a pink dress with round sleeves, as well as a dark pink tie and purple stockings. She has a purple beret with a stylised letter "P" on it, and without the beret, she has cat-like ears. Pianitchi's eyes are purple with sparkles and she has rosy pink cheeks.

Pianitchi is a friendly, outgoing girl who is full of ideas. She is described as leisurely and level-headed. She has a love for music, especially the piano, and likes to perform for her friends and family. Her dream is to be surrounded by music forever. She adores both her mother and father (though she sometimes gets exasperated with the latter) and enjoys making those around her happy. She cherishes playing music on her Smapi and sometimes uses it to add music and sound effects in conversations. She has been playing it ever since she was little.

Pianitchi can be obtained on the Melody Land pierce by using the Smapi three times with any female teen.

Pianitchi can be obtained by giving any female teen perfect care and feeding them at least 15 meals.

Pianitchi is exclusive to the 2018 rereleased Dream version of the m!x. She can be befriended and married at Dream Town.

Pianitchi appears as a NPC that can be encountered in Explore mode. She may appear with Miraitchi and Clulutchi in a unique encounter.

Pianitchi originally lived in Melody Land with her father, to study music at a young age, but returned to Dream Town in her debut episode. She is currently living at Music Cafe with her mother, Cafe Mama. She is in the Music Class at Dream School and often performs her Smapi live.

Pianitchi debuted in "Pororon ♪ Pianitchi's Arrival!" where she first appeared playing her Smapi. When she got off the boat and left for her home, she left her suitcase behind, and Mametchi brought it back to her. This was during a time when Mametchi was in despair over Ikaritchi acting cold-hearted towards him. This confused Pianitchi, since she knew Ikaritchi as a kind-hearted man when she was younger. She cheers Mametchi up with her music and later helps figure out why Ikaritchi changed so much.

In "Happy Birthday! What Gift Should We Get?", Pianitchi, Yumemitchi, Kiraritchi, Memetchi, and Himespetchi made a Happy Birthday version of Kirakira☆Dream for Cafe Mama. Afterwards, they decided to form the band Kirakira Girls. Pianitchi is the organizer and pianist of the band.

In "I'll Carve Out! Beat of the Soul", Pianitchi gets a letter from Papapianitchi that prompts her to visit Melody Land. She brings her friends along, and they meet Pianitchi's Tama-Friend Taikotchi.

In "Memories of Love in a Time Capsule!?", it is revealed that Pianitchi used to be best Tama-Friends with Nandetchi. However, their friendship isn't affirmed in future episodes.

Pianitchi is part of the main cast of Tamagotchi! Miracle Friends. Alongside Mametchi, she was the first character to meet Miraitchi and Clulutchi. Her chemistry with Smartotchi begins from the moment she hears him playing the piano at Enchoutchi's daycare, before she even met Smartotchi in person. His performance was so beautiful, it made Pianitchi stop and listen.

In "Welcome Back Yume Kira! Revival ☆ Kira Kira Girls", Pianitchi prompts the Kirakira Girls reunite so they can put on a performance for Mametchi's birthday.

When Smartotchi joins the Music Class in Dream School (to look for Dreambakutchis), he becomes classmates with Pianitchi. Pianitchi intends to befriend him, but he acts aloof towards her most of the time. However, he did reluctantly let Pianitchi slow-dance with him at the end of "Doya! Tamaween Tumult".

At first, Pianitchi doesn't know that Smartotchi is X-Kamen (a mysterious masked villain who is trying to take the Dreambakutchis for himself), and she helps Miraitchi and Clulutchi fight him for the Dreambakutchis sometimes. But then Pianitchi finds X-Kamen in front of Smartotchi's homestay place, and she accidentally drops her music book. X-Kamen picks up the music book and imagines the music in his head. It is the same song he always plays on his cherished piano, Clair de Lune. He gives the music book back to Pianitchi and soon removes his mask, revealing to everyone that X-Kamen is Smartotchi. Pianitchi appears the most shocked due to her strong fondness for him, but is willing to hear him out. When Smartotchi explains that he wanted to restore the last remaining piano in the future, Pianitchi and the others agree that they can share the Dreambakutchis and look for them together.

In "Search! Jungle of Baku~n!?", Pianitchi and Smartotchi are searching for a Dreambakutchi in the jungle. Pianitchi gets upset with how apathetic Smartotchi is being towards her, and she runs away and almost falls off a cliff. Smartotchi tries to save her, but they both fall. Smartotchi severely sprains his leg and Pianitchi stays with him. Smartotchi confesses that the reason he acts aloof towards her and the others is because he will one day have to separate when he returns to the future. Pianitchi tears up and assures them that they will always be Tama-Friends even after he leaves, and that they should make good memories until then. Smartotchi later agrees to perform the piano with Pianitchi before the time comes when he has to leave.

When Smartotchi leaves in "Everyone's Dream...to the Future", he says something to Pianitchi just as he is transporting to the future. Pianitchi quietly gasps and starts forward, but by this point, his speech is already inaudible (to both the viewers and Pianitchi). Thus, it remains a mystery what Smartotchi was saying to her. Later, Pianitchi and Smartotchi play Claire de Lune "at the same time". Despite being in completely different time periods, the same amount of time has passed since Smartotchi's departure to the future.

In GO-GO Tamagotchi!, she wanted to learn more about Mametchi's old friends, who were reunited after Dream Town and Tamagotchi Town fused together. She was introduced to them and she soon becomes friends with Melodytchi. They play professionally together and spend a day hanging out. She becomes part of Lovelin and Melodytchi's duo, transforming it into a trio. She plays the piano in Lovelin's song Rainbow Melody, and has a minor vocal role in one part. Additionally, she plays the piano in the special version of Happy Happy Harmony. She also reunites the Kirakira Girls after Himespetchi, Yumemitchi, and Kiraritchi returned and were inspired to performed again in "Trying Out For the Band!".

Young Pianitchi (ヤングピアニっち Yangu Pianitchi) first appeared in flashbacks in Tamagotchi! Yume Kira Dream episode 21. She was close with Ikaritchi and used to bring apples for him. She was also best friends with Nandetchi and they buried a time capsule together.

Mamapianitchi is Pianitchi's mother who runs the Music Cafe. She is very friendly and often gives advice to those in need.

Papapianitchi is Pianitchi's father who lives in Melody Land. He is an expert pianist who gives singing lessons to others. Pianitchi used to live with him before moving to Dream Town. 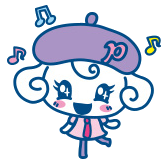 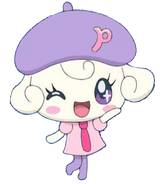 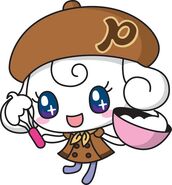 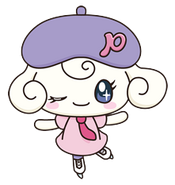 Artwork of Pianitchi ice skating for Round and Round Tamagotchi! 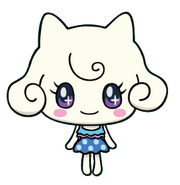 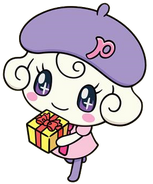 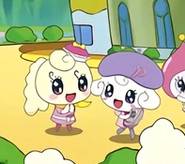 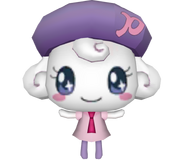 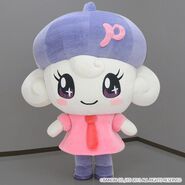