Ringotchi (りんごっち) is a female teen-stage Tamagotchi character who debuted on the Keitai Kaitsuu Tamagotchi Plus in Japan, and on the Tamagotchi Connection Version 2 internationally.  Her most recent appearance as a raisable character was on the TamaTown Tama-Go, where she is portrayed as an adult.

She looks like a an apple cut in half vertically. She has red skin and a creamy white face. She has dark slanted eyes, resembling apple seeds. There is one green leaf on top of her head. She has stick-like arms and legs, and round pick cheeks. Although Ringotchi is normally red, she can also appear as green in the Wii game, Tamagotchi: Party On!

Ringotchi is very outspoken. She can usually be found competing with Makiko for Mametchi's attention. She is also very honest and will never tell a lie. Her favorite color is red.

Ringotchi is an odd-generation teen obtained from taking good care or better of a Hitodetchi/Cheritchi on the first generation, and in later generations it can be obtained by taking good care of a tier 2 Kuribotchi, or neglecting a tier 1 Kuribotchi. It can become Violetchi (Ribotchi on the Akai) with perfect care, Memetchi with good care, Debatchi with average care, or Gozarutchi with poor care. On the Hanerutchi 1, her position is taken by Tsukaji Taisuketchi.

Ringotchi is one of the three teens obtainable on odd-numbered generations from good care, and can become any of the odd-generation adults. Ringotchi likes fruit juice, dislikes donuts, wakes at 9 AM, and sleeps at 8 PM.

Ringotchi is a female Mame Family teen, and evolves from Mimipetchi with 4 care mistakes. Depending on her highest skill points, she can become Mimitchi with high intelligence points, Maidtchi with high fashion points, or Marotchi with high kindness points. She sleeps from 9 PM to 9 AM. On the Uratama, her position is taken by Ura Young Marotchi, whereas on the Hanerutchi 2 it is taken by Nadeshiko Akanetchi.

Ringotchi is a female Mame teen that can evolve from Harutchi with average care or worse, or Puchitchi with any level of care. If she finishes the teen stage with a skill point total of 80 or higher and receives good care she may evolve into either Mimitchi (intelligence), Maidtchi (fashion), or Marotchi (kindness).

Ringotchi is a non-raisable character. She appears in the TV Surfing game.

Ringotchi evolves from either Hitodetchi or Tamatchi and can appear in any generation with horrible care. Ringotchi's adult evolution is based on how well she is cared for at the end of thirty hours (one day plus six additional hours). She sleeps from 9 PM to 7:45 AM.

Ringotchi is a female adult obtained from any teen by average care. She sleeps from 9.15 PM to 8 AM.

Ringotchi is a non-raisable character. She appears at the park.

Ringotchi is featured on a Wave 1 Gotchi Figure. Her sprite features her wearing a chef's hat. When connected, two games are available (Monster Beater and Shape Shooter), as well as a sweets-themed restaurant with nine possible food choices. If the user currently has a Ringotchi, the figure's Ringotchi will not appear, and the user's pet can run the restaurant to earn money.

Ringotchi is a NPC that can be encountered at Tama Farm, a location available on every version except the Pastel version. Ringotchi can be encountered at the park, but cannot be befriended or married. Ringotchi also runs My Farm, giving the user's Tamagotchi a place to plant a seed, going over the progress of the seed's growth with each meeting, and collecting the fruit once the tree has bloomed.

In Let's Go! Tamagotchi, Ringotchi's best friends are Ichigotchi and Mimitchi, and she is very shy around Mametchi. She actually has a crush on Mametchi, and hangs around Makiko, and Young Mametchi to get his attention. She's also a member of the Mametchi Fan Club, and can usually be found competing with Makiko for Mametchi's attention.

In episode 71 of the Tamagotchi! anime, Ringotchi leaves Mametchi's class when new students are introduced, and she is seen crying with Mimitchi as they have to be in different classes. 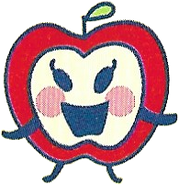 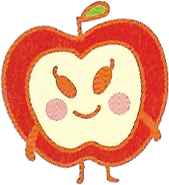 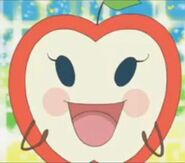 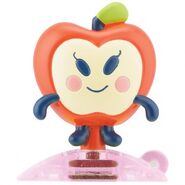 Add a photo to this gallery
Retrieved from "https://tamagotchi.fandom.com/wiki/Ringotchi?oldid=101602"
Community content is available under CC-BY-SA unless otherwise noted.