Her Tama Pets are her Shurikentchis, and they are also her servants.

Shigurehimetchi resembles a hime, or Japanese princess. She has green hair in a kanzashi hime cut style with light pink skin and two Tama Hearts. She wears a red kimono.

Shigurehimetchi is a very friendly and active person. She likes being a geisha for her friends, otherwise known as a Japanese female entertainer. She loves to entertain people with her surpirsing skills, like with her cascade juggling and plate spinning.

Shigure is a Japanese name that means "the rain that falls in autumn indicating the start of winter". The name is very common, and used a lot in anime. 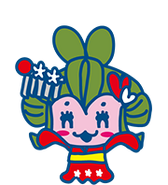 Add a photo to this gallery
Retrieved from "https://tamagotchi.fandom.com/wiki/Shigurehimetchi?oldid=95659"
Community content is available under CC-BY-SA unless otherwise noted.