Tamagotchi! is an anime franchise series based on the virtual pet series. The series is licensed by Bandai and developed by OLM, inc.

Tamagotchi! is the first anime series. The series follow the adventures of Mametchi and his friends in Tamagotchi Town in a world full of friendship. The series premiered on 2009 and concluded in 2012. It had a total of 143 episodes within seven seasons.

Tamagotchi! Yume Kira Dream is the second anime series. It takes place on a new location known as Dream Town and introduces an all new cast of original characters while retaining a few from the previous series. The story follows Yumemitchi's and Kiraritchi's journey on their dream to become idols while learning the secret of their Yume Kira Bags. The series premiered on 2012 will end in 2013. It has 49 episodes within two seasons.

Tamagotchi! Miracle Friends is an anime that released in 2013. It is the third series that will follow up its predecessor, Tamagotchi! Yume Kira Dream. Unlike the rest of the series, the series will focus on two new characters, Miraitchi and Kururutchi. The rest of the main characters from the previous anime have been reduced to the supporting role.

Both Tamagotchi! series have DVD releases. Each volume shows a single character (sometimes two, such as Pipospetchi and Akaspetchi) on the front. Almost every volume showed a different character. The Tamagotchi! series lasted for 35 volumes and mostly had 4 episodes on each. The Yume Kira Dream series currently has 9 volumes on DVD. Tamagotchi collection Bluray/DVDs have also been released. These collection Bluray/DVDs have assorted episodes on them (not in order).

The theme songs for Tamagotchi! have been released on CDs. Background music and Lovelin songs are also available on CDs. Dream5 and various other artists produce CDs with Tamagotchi songs, as well. 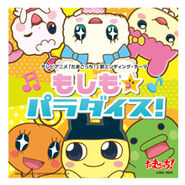 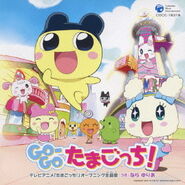 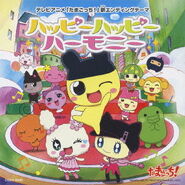