The Tamagotchi Planet (たまごっち星 Tamagotchi Sei) is the homeworld of all Tamagotchis, and the closest planet to The Earth that supports life. Just like all of the buildings, machines and plants on the surface, the planet itself is a Tamagotchi.

From space, the planet looks mostly green with large continents of various colors (dark green, yellow, and pink). It has closed eyes, pink lips. and an open mouth with a large drop of drool hanging out of it, as if the planet is sleeping. It also had two short, stubby arms that often hang down away from its body, and two clouds its top. The back of Tamagotchi Planet looks like a Tamagotchi device; there is cream colored area that resembles a screen, and three pink spots that resemble buttons.

In its original incarnation, the planet resembled Earth, but with eyes and a large, pink beak. On its back side was Zetsuenshi Island, which had a tab so large it could be seen from space.

During the events of Tamagotchi: The Movie, Sunnytchi disappeared from the Planet, causing it to catch a cold. While it was sick, the Tamagotchi Planet had a large drip of nasal fluid hanging from its nose insead of drool hanging from its mouth. Mametchi stole a rocket from Mamemame Laboratory to go searching for Sunnytchi, only to find the Planet's cold medication hitched to the tip of the rocket. It was successfully shot from the rocket so the Planet could ingest it, curing its cold. Later, when the rocket was trying to escape Blackholetchi's pull, the Planet unleashed a loud yell that woke up Blackholetchi.

In the series finale of the Tamagotchi! anime, it is shown that it developed an egg disease known as "Eggification" due to the rapid disappearance of the legendary Tama Hearts, which turns its population into unconscious, zombie-like eggs.

In the series GO-GO Tamagotchi!, the two northern continents of the Planet merge together in an event known as Tamagottsun (たまごっつん), which happens once every thousand years. This causes Tamagotchi Town, Dream Town, and the smaller rural areas surrounding them to merge into one city, forming DoriTama Town. In episode 12, TamaGoLand was introduced and does not alter after Tamagottsun created DoriTama Town. In episode 48, the planet begins to cry, due to the Tamagottsun getting more serious. Mametchi and his friends discover if the planet keeps crying a permanent drought would occur and the Tamagotchi species would become extinct. In episode 50, the students at DoriTama School did eveything they could to cheer the planet up. With all their effort they cheered up Tamagotchi Planet and Dream Town and Tamagotchi Town came back to their unfused states.

None of the vintage Tamagotchi toys portrayed the Tamagotchis as living on the planet; they lived in the egg itself.

An animated image of the Planet is used as the Death screen on the TamagoChu and the English 2005 edition of the Tamagotchi Mini.

A short animation of the Tamagotchi Planet and the Earth appears on the O-uchi no Deka Tamagotchi Game Ō Kettēsen. It is essentially a screensaver that appears when the player has not used the toy in a while.

When playing with the scooter with Kikitchi (or other characters that like this item, such as Moriritchi) in Tamagotchi M!x/On you get a special animation of Kikitchi (along with the player's My Tama if the scooter is brought to the Tama Hotel instead) riding around the Tamagotchi Planet.

In Tamagotchi Connection: Corner Shop 3, the player recieves a message requesting help from either Mametchi, Memetchi, or Kuchipatchi. If the player agrees to help, a UFO will appear to take the player to Tamagotchi Planet.

A sequence involving the Tamagotchi Planet and the Earth communicating to each other appears in Tamagotchi Collection.

The loading screen for Tamagotchi Friend's Dream Town game is an image of Tamagotchi Planet.

On July 3, 2015, an interactive map of Tamagotchi Planet was added to the Tamagotchi Channel website during the airing of the rerun series Tamagotchi! Tamatomo Daishuu GO. It is an overall layout of the entire modern Tamagotchi Planet such as areas and regions around the world. The art style of the map uses the modern (non-anime) art style.

The map can be viewed at Tamagotchi Channel by clicking here.

The map's appearance in December 2015.

A map of the original planet 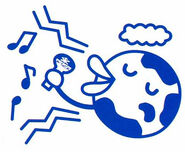 The planet drunk, from the Yasashii Tamagotch instructions

The planet as seen in Tamagotchi Video Adventures

A UFO going to Tamagotchi Planet, from Tamatown V4 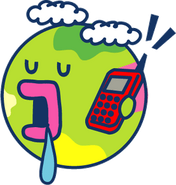 Talking on a cell phone 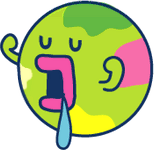 As seen in Let's Go! Tamagotchi.

As seen in Tamagotchi!

Map of Tamagotchi Planet from Tamagotchi!, episode 139 Note, the {{WP|Clef|G-clef}} marked on the map is Melody Land

Ms. Perfect pointing out Tamagotchi Town on a map of Tamagotchi Planet, from the anime Tamagotchi! episode 139

The Tamagotchi Planet on the Dream Town game loading screen