Yumemi (夢見) translates to the act of dreaming.

Yumemitchi is pink and fluffy with long floppy ears, resembling a puppy or a lop-eared rabbit. She has a three-tufted bang on her forehead and blue eyes. She wears a large hot pink bow on top of her head which has a heart in the middle, and she also wears a hot pink dress with white lace and four white buttons. She has blue stockings.

When she was younger, she wore an orange dress and bow, and pale blue stockings.

After attending Idol Academy, Yumemitchi's performing outfit consists of a pink/hot pink dress with mauve stockings. She wears a bright pink ribbon on her head with a yellow butterfly shape on it.

Yumemitchi adores cute things, especially ribbons. She comes from a rich family; she lives in a large mansion, has her own butler, and a personal limousine which she rides in. Despite this, Yumemitchi is very sweet and polite and always cares for her friends.

In hopes of achieving her dreams of becoming an idol, Yumemitchi takes dance classes at Dream School with her Tama-Friend and dance partner, Kiraritchi. She studies diligently and works hard.

She is known to have a fear of needles. Along with Kiraritchi, she also has a fear of roller coasters.

Yumemitchi is obtained from Neotchi with the Intelligence and/or Charisma traits and 0-2 care mistakes.

Yumemitchi is obtained with perfect care and the Social trait.

Yumemitchi is a mixable character that appears exclusively on the Dream version. She can be found at Dream Town, and her favorite items are the Limousine and Smapi.

Yumemitchi and Kiraritchi have Yume Kira Bags which they use to transform in serveral ways, such as into idols and cheerleaders. They once won a Dream Festival contest while they were idols, but after they returned to normal, nobody recognized them and they end up getting into trouble with their teacher Mitchi Sensei. Because of this, they decided not to tell anybody else about the secret of the Yume Kira Bags. Yumemitchi's bag is pink.

Yumemitchi is a big fan of D2; her favorite is Daisy Dance. She sings and plays the guitar in the band Kira Kira Girls and often sings D2 songs, Kirakira☆Dream and their original songs, Rock 'N' Heart!. She, Kiraritchi, and Yumecantchi were the only ones to know Himespetchi departure from Tamagotchi Planet. The girls performed in a contest, despite neither them or band rivals had won but a good time. The girls got Mametchi and Himespetchi to spend one final together. Afterwards, she and others waved tearfully goodbye to Himespetchi as she left for her home planet. Soon, they manage to get Coffretchi, who just moved in after Himespetchi, to be their new drummer.

In Tamagotchi! Miracle Friends, Yumemitchi and Kiraritchi made a comeback in "Welcome Back Yume Kira! Revival ☆ Kira Kira Girls", where they were on vacation to return to their home and formed the Kira Kira Band together again.

They return in the GO-GO Tamagotchi! series and fully become idols. They made performances along side Lovelitchi/Lovelin. They form the Kira Kira Girls after being inspired by a girl Nadeshikotchi in "Trying Out For the Band!"

Yumemi Alice is a variant of Yumemitchi that resembles Alice from the novel Alice's Adventures in Wonderland. She appears in the Fantasy and Wonder Garden version of the Tamagotchi On.

Yumepapatchi is Yumemitchi's father. He likes working with technical things and has managed to computerize the family's mansion.

Yumemamatchi is Yumemitchi's mother. She often hosts fancy parties and loves serving tea to Yumemitchi and her friends. 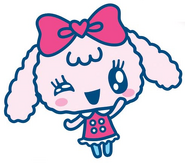 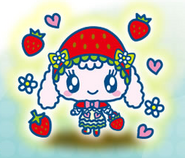 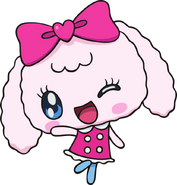 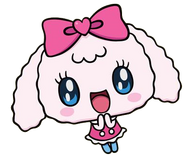 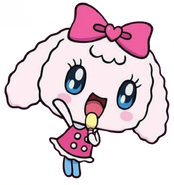 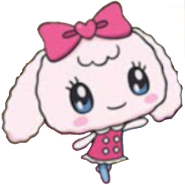 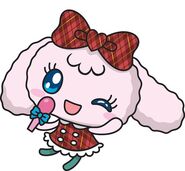 Yumemitchi as an idol, with plaid style clothing. 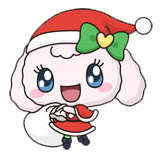 Yumemitchi in a Santa Claus outfit. 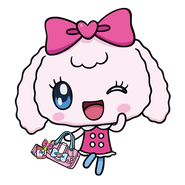 Yumemitchi and her Yume Kira Bag. 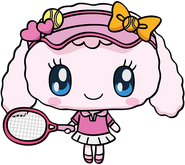 Yumemitchi in a tennis outfit. 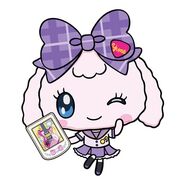 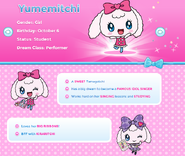 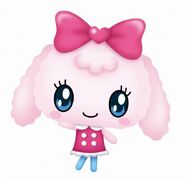 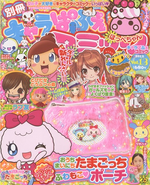 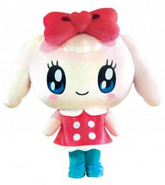